Northern Gritstone, the new investment business focused on university spin-outs based in the North of England, has completed its first three investments since announcing a first close of £215m, backing world-class science and innovation-based businesses. The fundraise and transactions position Northern Gritstone as one of the leading investors of its kind in the UK.

Having first launched in July 2021, Northern Gritstone aims to support the commercialisation of science and IP-rich businesses originating from the Universities of Leeds, Manchester and Sheffield. Many of these opportunities are in the UK’s most exciting emerging sectors such as advanced materials, health technology, cognitive computation and AI.

Northern Gritstone was founded with the philosophy of ‘profit with purpose’, combining attractive returns for shareholders with wider positive, societal and economic impact, including supporting Levelling Up and high-skilled job creation in the North of England. The three deals that Northern Gritstone has closed this year so far are: 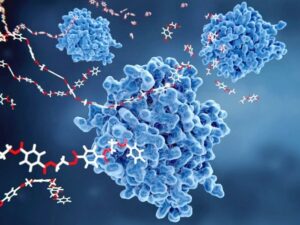 Imperagen is a life sciences company building unique technology to accelerate the design, optimisation, and validation of novel enzymes for large molecular drug discovery. Northern Gritstone, along with IQ Capital, has led a £3.5 million Seed Round to fund the initial spin out of Imperagen from the University of Manchester.

Chemical manufacture is a multi-trillion-dollar global industry and green biocatalysts, rather than hazardous metallic catalysts, are at the centre of the next industrial revolution, making processes cleaner and more efficient, significantly reducing both raw material waste and costs. The IP-rich firm is a spinout from the University of Manchester led by serial entrepreneur Dr Andrew Almond, who co-founded Conformetrix, now listed on AIM as C4X Discovery. 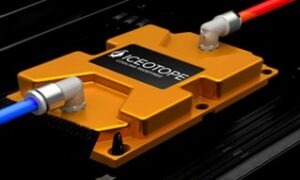 Iceotope Technologies is the global leader in precision immersion cooling technology. Iceotope’s environmentally efficient technology reduces the energy and water required to cool data centre servers and contributes toward the achievement of net-zero emissions for the data centre industry.

This world-leading technology has been built, refined and tested in the UK at the University of Sheffield’s Advanced Manufacturing Research Centre. Northern Gritstone invested in Iceotope Technologies as part of a £30m funding round from a global investment syndicate led by Singapore impact private equity firm ABC Impact. 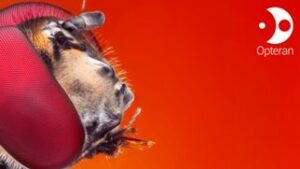 Opteran Technologies is a University of Sheffield spin-out that has re-engineered insect brain patterns to power advances for autonomous machines by mimicking the brain functions of insects, enabling machines to navigate complex visual and navigational challenges.

The system, called Opteran Natural Intelligence, is expected to have a vast range of applications across industries, and the company intends to use the new funding to scale internationally, including with the opening of an office in the US. Next year, Opteran plans to add natural brain decision-making for machines to its offering, while the company is also working to deliver hyperspectral vision, natural brain image recognition and dynamic learning based on inputs from the surrounding environment. 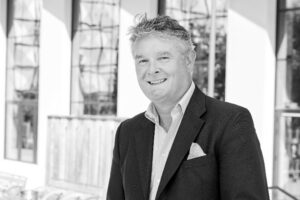 Commenting on Northern Gritstone’s progress so far, Chief Executive Duncan Johnson, said: “The North of England is home to some of the world’s most innovative science-led spin outs and Opteran, Iceotope Technologies and Imperagen highlight the breadth of activity, ground-breaking nature and world-class quality of research and innovation taking place in the cluster that we are looking to support and scale.

“We are committed to accelerating the development of the thriving northern innovation hub and supporting innovative start-ups in the North of England dedicated to building the economy of tomorrow – we expect the recent strong activity to continue into next year.”

In May, Northern Gritstone announced it had already attracted funding commitments from a broad and diverse base of investors encompassing local authority pension funds, high-net-worth individuals, institutional investors and real estate investors active in the tech and science ecosystem of the region.

These include Greater Manchester Pension Fund and West Yorkshire Pension Fund as part of Northern LGPS, M&G, Columbia Threadneedle, Lansdowne Partners, and Bruntwood as well as Andrew Law, the CEO of Caxton Associates, and Keith Breslauer, Managing Director and founder of Patron Capital, both in a personal capacity.

Imperagen has developed a unique technology to accelerate the design, optimisation, and validation of novel enzymes for large molecular drug discovery. Northern Gritstone, along with IQ Capital, has led a £3.5 million Seed Round to Read more…

Northern Gritstone, the new investment business focused on university spin-outs in the north of England, today announces a first close of £215m having seen strong interest from investors in its proposition.   The company, chaired Read more…

The ‘special’ Yorkshire firm using stem cell technology to cure deafness which could save the country billions.

Sheffield’s Rinri Therapeutics is one of many ‘world-class’ firms in the North to benefit from Northern Gritstone’s new investment programme. Read more here.

Our website uses numerous cookies for various purposes. These include improving your experience of the website and our services and providing you with information which is relevant to you. Please confirm that you consent to the use of non-essential cookies. You may refuse consent however this will mean that certain functions of the website will not be available to you.
Accept All Reject All Read More
You can withdraw your consent at any time, by selecting this message. Read more about our use of cookies and how to amend your cookie preferences in our cookies policy.

This website uses cookies to improve your experience while you navigate through the website. Out of these, the cookies that are categorized as necessary are stored on your browser as they are essential for the working of basic functionalities of the website. We also use third-party cookies that help us analyze and understand how you use this website. These cookies will be stored in your browser only with your consent. You also have the option to opt-out of these cookies. But opting out of some of these cookies may affect your browsing experience.
Necessary Always Enabled
Necessary cookies are absolutely essential for the website to function properly. These cookies ensure basic functionalities and security features of the website, anonymously.
Functional
Functional cookies help to perform certain functionalities like sharing the content of the website on social media platforms, collect feedbacks, and other third-party features.
Performance
Performance cookies are used to understand and analyze the key performance indexes of the website which helps in delivering a better user experience for the visitors.
Analytics
Analytical cookies are used to understand how visitors interact with the website. These cookies help provide information on metrics the number of visitors, bounce rate, traffic source, etc.
Advertisement
Advertisement cookies are used to provide visitors with relevant ads and marketing campaigns. These cookies track visitors across websites and collect information to provide customized ads.
Others
Other uncategorized cookies are those that are being analyzed and have not been classified into a category as yet.
SAVE & ACCEPT